Monastery of St. Cyril on the White Lake
Price per person
Upon request
View details 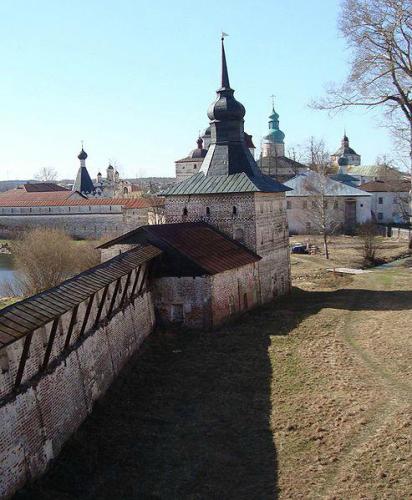 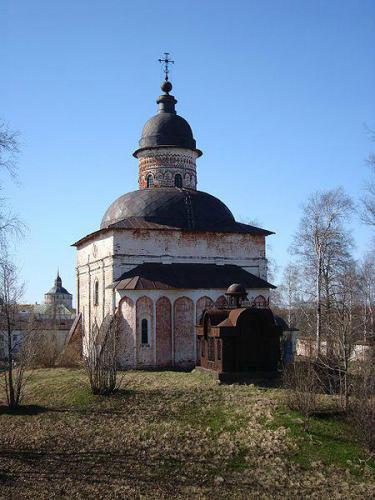 About the tour
3 hours
Goritsy
Cyril-Belozersky monastery (Monastery of Saint Cyril on the White Lake) is located 8 km from the village of Goritsy Vologda region. In the past, it was the second largest and most important monastery of Russia; today it is part of the Historical and Architectural Museum-Reserve. The founder of the monastery is considered to be the monk Kirill from the Simonov Monastery in Moscow. In 1397, he and his companion Ferapont built dugout and put a wooden cross in a secluded place near the Lake Siverskoye. Rumors of a godly Cyril and his miracles attracted more monks in these places. Thus began the Cyril-Belozersky monastery. The monastery has been intensively developed and the XVI century was the largest feudal landowners, who owned extensive land holdings, salt and fisheries. In the XV-XVII centuries Cyril-Belozersky monastery - the spiritual and cultural center of the Russian North. Within the walls of the monastery was one of the most important libraries in Russia that was holding many rare manuscripts and chronicles, the school has evolved spiritual songs, with talented painters, carvers. Guests of the monastery were not only pilgrims from all over Russia, but also the Russian tsars (Basil II «The Dark", Vasily III, Ivan the Terrible, Peter I), and members of the nobility. Ivan the Terrible, throughout his life generously bestowed upon the monastery, believing himself obliged him to his birth.
Read more
Options included
Guide speaking your language
English, German, French, Spanish
Transfer from your hotel
if you choose "by car"
Additional options
Here you can choose the extras not included in the basic excursion price. If you do not see options you need, please, contact our manager.
Private car
Ford Focus, Skoda Rapid or similar
Upgrade car to business class
Up to 2 person. Ford Mondeo, Toyota Camry, Mercedes E-class w-212, etc.
Upgrade car to premium class
Up to 2 person. Mercedes S-class w-221, etc.
Request this tour
Request More Info
Similar excursions
Moscow City Tour and Novodevichiy Convent
4 hours
from 2626
View
Museum of Icons
3 hours
from Upon request
View
Velikiy Novgorod City tour and Kremlin
4 hours
from 2023
View
Velikiy Novgorod Walking tour
2 hours
from 602
View
Day tour to Velikiy Novgorod from St. Petersburg
16 hours
from 10743
View
Velikiy Novgorod Kremlin excursion and Yurievo
5 hours
from 3354
View
City tour of Murmansk with the visit of icebreaker
3 hours
from 4752
View
Tour to the Sami village with reindeer
7 hours
from 7557
View
Bestseller
Tour of Arctic Ocean,Tundra,Teriberka village
10 hours
from 12240
View
Bestseller
Aurora Borealis Hunting on Kola Peninsula
3 hours
from 4800
View
We use cookies to improve your experience on our Website, tailor content, and measure advertising. By continuing to use our Website, you accept our Privacy Policy .
OK