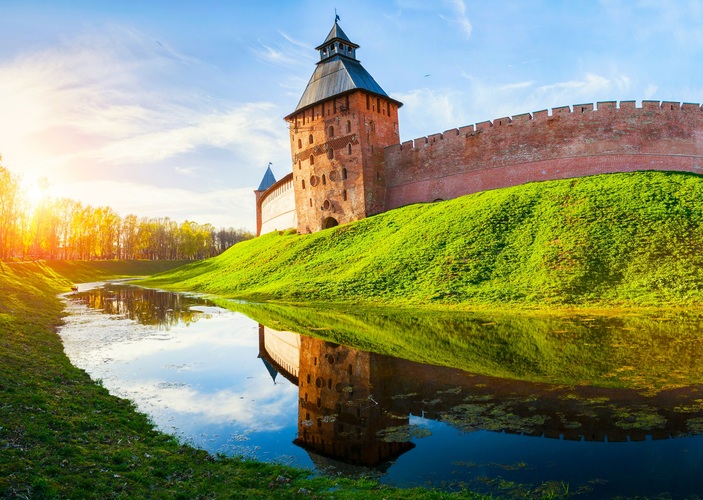 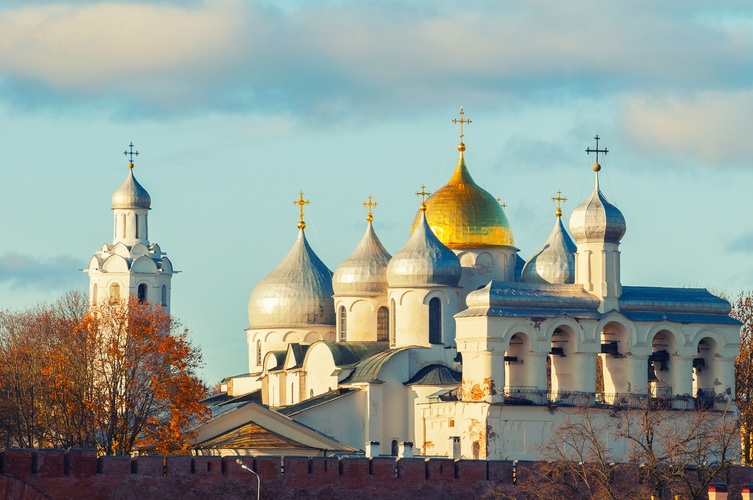 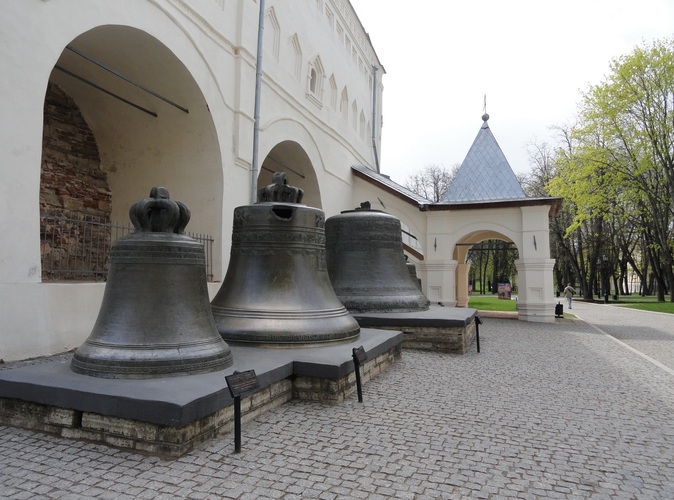 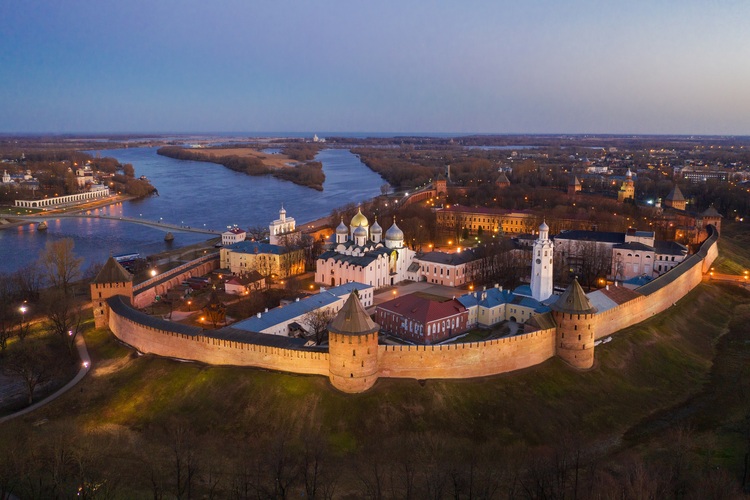 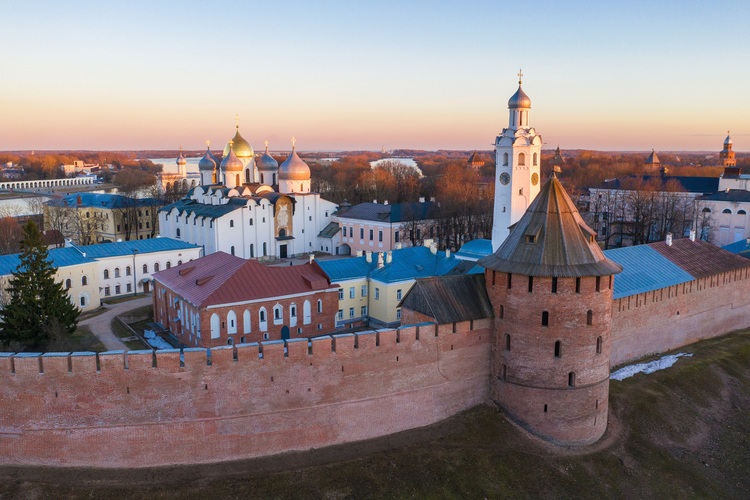 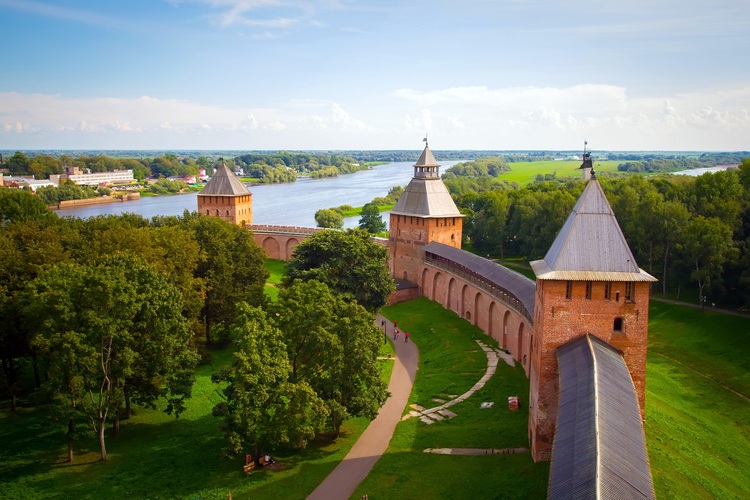 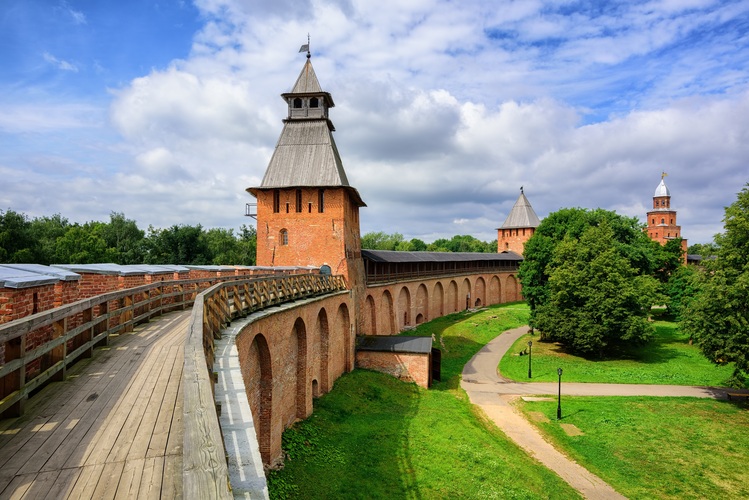 About the tour
4 - 5 hours
Velikiy Novgorod
Veliky Novgorod is an ancient Russian city, a treasure trove of art and culture, a museum of ancient Russia. This city is not called Veliky (the Great) by chance. We can make an enormous list of masterpieces of ancient architecture, landmarks and memorials of Veliky Novogorod which you can see in different city guides, but it is much more difficult to capture the atmosphere of the beautiful city, where every corner is an evidence of the great Russian history, and every stone imbued with the spirit of Russian. The ancient and eternally young Novgorod is the best place on earth to fully experience Russian roots. To make a tour to Veliky Novgorod is to witness the ancient stone temples, participate in the battles of the Novgorod warriors and to careful read messages written by our ancestors on birch bark. Sightseeing tour to Veliky Novgorod will give the opportunity to visit the shore of Lake Ilmen where the merchant Sadko was singing his songs and to stand next to the walls of Novgorod Kremlin, from where Alexander Nevsky went on a campaign long ago. Sightseeing tours in Veliky Novgorod turn into a fascinating journey through the rich treasury of ancient Russia. There is no other Russian city which has so many architectural buildings, decorated with wall paintings. The tour includes such sights as the Kremlin, St Sophia Cathedral, Yaroslav’s Court.
Read more
Options included
Guide speaking your language
English, German, French, Spanish
Transfer from your hotel
is always included for city tours
Private car
Ford Focus, Skoda Rapid or similar
Sights you will see
Request this tour
Request More Info
Similar excursions
City tour of Kaliningrad
3 hours
from 1900
View
Velikiy Novgorod Walking tour
2 hours
from 602
View
Day tour to Velikiy Novgorod from St. Petersburg
16 hours
from 10743
View
Velikiy Novgorod Kremlin excursion and Yurievo
5 hours
from 3354
View
City tour of Murmansk with the visit of icebreaker
3 hours
from 4752
View
Tour to the Sami village with reindeer
7 hours
from 7557
View
Bestseller
Tour of Arctic Ocean,Tundra,Teriberka village
10 hours
from 12240
View
Bestseller
Aurora Borealis Hunting on Kola Peninsula
3 hours
from 4800
View
We use cookies to improve your experience on our Website, tailor content, and measure advertising. By continuing to use our Website, you accept our Privacy Policy .
OK